Jeff Moritz ‘86: Supporting DTD means that the benefits of fraternity life — building character, leadership and positive male relationships — will be there in the future 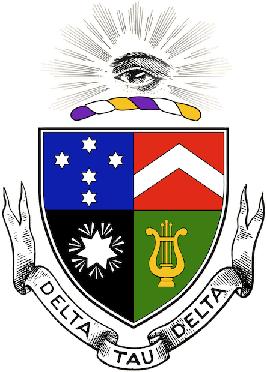 Jeff Moritz ‘86 ([email protected]) says that he joined DTD because of its character. “Delta Tau Delta’s reputation on campus was excellent and I had a lot of respect for the upperclassmen who were part of the Chapter,” he said.

He says that the chapter stood apart at Kenyon. “DTD was very diverse in terms of the interests of the members,” he said. “We had athletes who excelled in their sports, we had men involved in student government, we had men who were in singing groups. DTD had men who were leaders in a number of student organizations and I think that speaks volumes as to the character and respect the campus community had for these men and the reflection on the Chapter.”

He says that some of his favorite memories are of the Christmas formals. “The pledge class was responsible for planning the event each year and it was always a fun event.”

Moritz says that DTD impacted him long after graduation. “I learned a lot of leadership and interpersonal skills that have helped me enormously in my business career,” he said. “DTD taught me how to bring a group of people together to accomplish a goal. DTD also taught me how to work with people with diverse backgrounds.”

He says that giving back is crucial for him. “Fraternities are being stigmatized on college campuses today. Some of it is deserved, but I also feel that fraternities can be a positive, supportive part of the whole college experience. I want to support it to maintain that positive experience for future Kenyon men.”

“Supporting DTD at Kenyon ensures that the fraternity thrives at Kenyon and the benefits of fraternity life (building character, leadership and positive male relationships) will be there in the future.”

Without Delta Tau Delta, I wouldn’t have met the men who have been such good life-long friends.