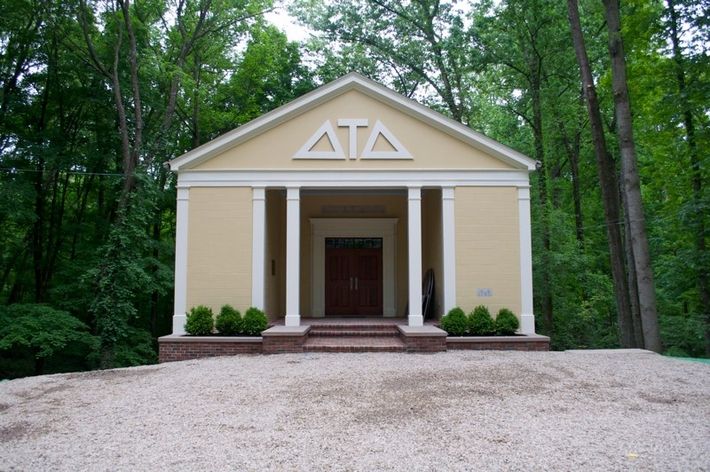 Chi Chapter recently held its Byron J Horn Panel. The Byron J Horn Panel is a panel that allows alumni to come back and speak about their industries and allow us to ask questions and learn more. Read on to learn which alumni came to speak, and what they are venturing into today:

Peter graduated from Kenyon in 2015 with a degree in Psychology. During his time at Kenyon, he was involved with both Delta Tau Delta and the Chamber Singers. Peter currently works for Zayo Group which is a fiber communications company where he works as a marketing specialist.

Joshua graduated from Kenyon in 2017 with a degree in Cinematography and Film. He began his career in business development for Parrable where he later became the Director Of Product Development. Joshua left Parrable and attended Babson College where he received his MBA. He currently works as a Technical Product Manager for App Orchid, located in San Ramon just outside of Silicon Valley,  which is a startup that helps enterprises use artificial intelligence to build apps that create industry specific content.

Nicholas Tuccillo is our honorary Delt for the day and Andres Tuccillo’s dad. He graduated with a degree in electrical engineering from Union College before heading to law school at American University. He spent a decade working in the United States Patent and Trademark Office where he focused on the electronic arts. He then worked for a local firm where he was a shareholder before leaving and starting Grogan, Tuccillo, and Vanderleeden which is a practice based out of Connecticut that focuses on intellectual property. The firm does extensive work overseas as well.

John Morris graduated from Kenyon College 1989 and from business school at Babson in 2000. Before starting Crestwood Advisors, he was a Managing Director at Bingham Legg Advisors. Crestwood Advisors is a Boston based investment management and wealth management firm that caters to high net worth individuals. The firm currently has 44 employees and holds offices in Westport and Darien CT, as well as Boston.

Steven graduated from Kenyon College in 1989 along with John Morris. He then attended Wayne State Medical School before getting a fellowship at Sloan Kettering Hospital In NYC. He is currently the Vice Chair for Clinical Operations and Chief of Abdominal and Oncologic Imaging for the Dept. of Radiology at University of New Mexico and UNM Cancer Center. He is interested in further developing as a researcher of quantitative imaging methods to serve as diagnostic markers or tools and continue to participate as an expert consultant in clinical trials, particularly involving cancer treatments. Steven holds numerous accolades and awards most recently being inducted into the Alpha Omega Alpha Honor Medical Society in 2020.

Matt graduated from Kenyon College in 1999 before heading to law school at Case Western in 2001. He worked as a legal assistant for Kirkland and Ellis while applying to law school. After law school, he started out at Lebouf, Lamb, Greene & Macrae before heading to Skadden which is currently ranked as #3 on the Vault 100 list. He served as a corporate counsel for many companies before joining AXA as the General Counsel for Mergers and Acquisitions and Corporate Finance. He currently serves as the Corporate and Reinsurance General Counsel. AXA is ranked #47 on the Fortune 500 list and posted revenues of $108 billion in 2021.