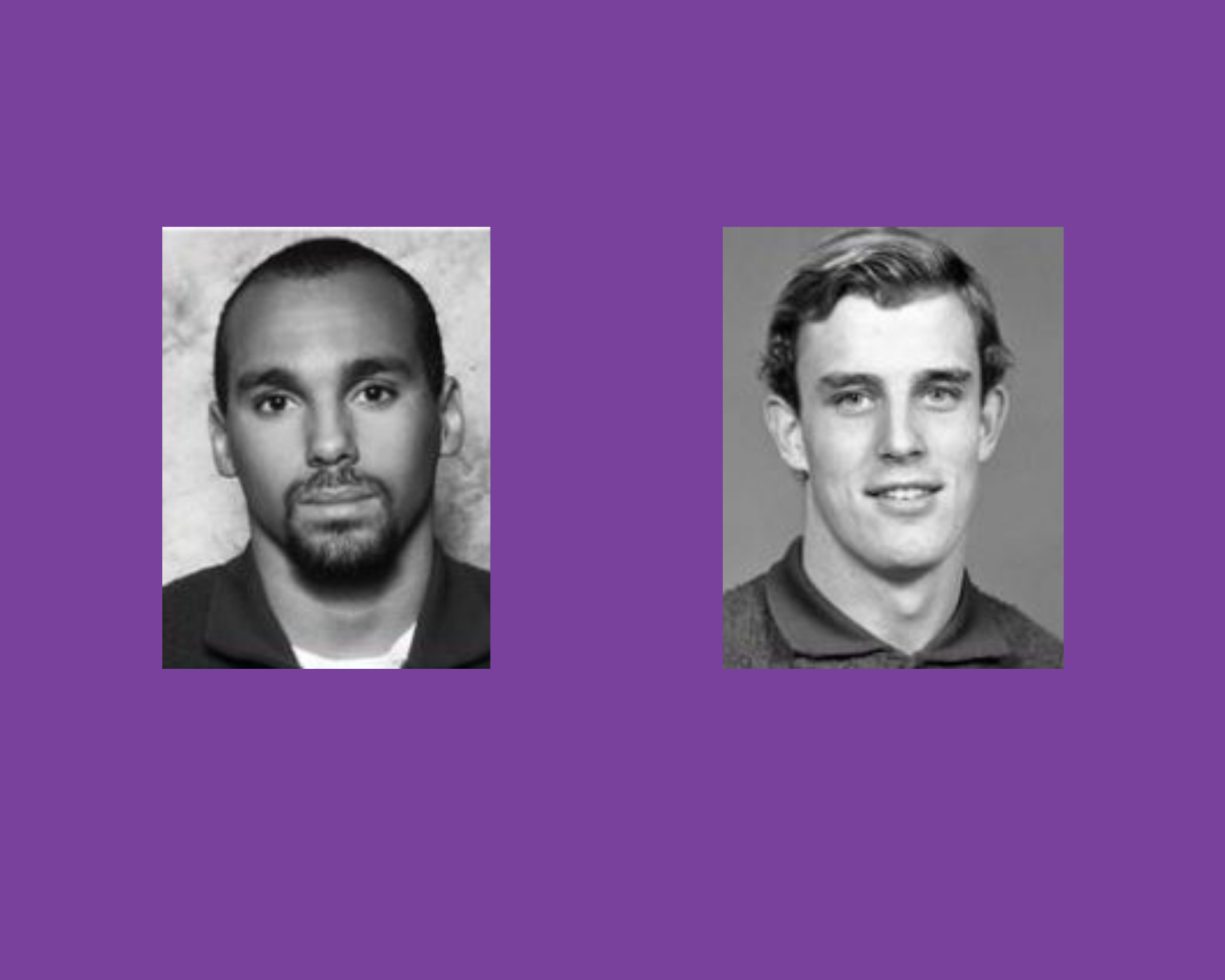 In conjunction with the College Swimming and Diving Coaches Association of America’s 100th Anniversary, the organization released its lists of the 100 Greatest Men Swimmers and Divers of the Past 100 Years. Among the honorees were two DTD Kenyon alums: Marc Courtney-Brooks ’04 and Dennis Mulvihill ’88.Marc Courtney-Brooks ’04 Earned the maximum 28 career All-America awards and claimed 23 NCAA event titles, a total one short of Kenyon’s all-time record. While setting multiple program records, his collection of 16 NCAA relay titles is tied for the most in program history. He remains the only Kenyon athlete to be voted the NCAA Division III Swimmer of the Year for three consecutive seasons.

Dennis Mulvihill ’88Mulvihill won 18 national titles during his collegiate career and set seven Division III records. He was a 23-time All-America and a member of an elite group of Kenyon swimmers to earn All-America status at the Division I level. He accomplished the feat with a 15th-place showing in the 200-yard freestyle at the DI nationals in 1988, the same season he was named the NCAA Division III Swimmer of the Year.