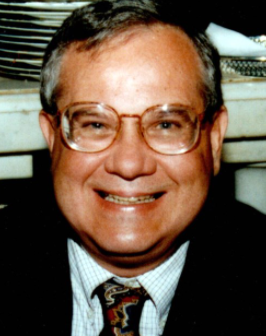 It is with great sadness that we announce the passing of Michael Terrence Czuba ’70 into Chapter Eternal. We want to extend our deepest sympathies to Michael’s family, friends, and loved ones. View his obituary below.

Dr. Michael Terrence Czuba, age 72 of Salisbury, passed away on Tuesday, June 1, 2021 at Olde Knox Common in Huntersville after a period of declining health. Born November 12, 1948 in Franklin County, Ohio, Dr. Czuba was the son of the late Thaddeus Walter Czuba and Florence Joyce Goss Czuba. In addition to his parents, his brother, Eric Steven Czuba also preceded him in death. Dr. Czuba was of Catholic faith.

After graduating from Oakwood High School in Dayton, OH, Dr. Czuba went on to pursue his undergraduate degree in chemistry from Kenyon College and then attended Medical School at The Ohio State University, after which he became Board Certified in Family Practice and Radiology. He practiced medicine in Denver, CO and several areas in Pennsylvania before landing in North Carolina. After his retirement from private practice, he served as a physician at the Salisbury VA and finally retired in November 2018. He served as a member of the Auxilliary of Harrold B. Jarrett and Sons of the American Revolution. Mike was a loving husband, a wonderful and a thoughtful father. His wife, along with his children and step-children adored him and will miss him immensely.

In his spare time, he enjoyed camping and taking his wife Sandy on an annual birthday cruise each January to celebrate her birthday. One of the hobbies he enjoyed was flying remote controlled airplanes. He loved taking apart and rebuilding new computers and he had a true gift for making the old brand new. He loved spending time with his family and his pet companion, Roxy, who loved to go for truck rides and get special treats. He was a kind, gentle and decent man who used his talents to care for his fellow man. Those left to cherish his memory are his loving wife of 18 years, Sandra Smith Czuba, of their home; his daughters, Holly Czuba and husband, Jason Olson of Nashville, TN and Laura Czuba of Columbus, OH. He also leaves behind his step-children, Christopher Bossio of Kitty Hawk, NC and Neely Gibbons and husband, Troy of Hampton, VA and his grandchildren, Matthew Dylan Dowdy, Bella Marie Ward (and Melissa Starr Ward, Bella’s mother) and Harris Michael Olson. Also surviving him is his brother Thaddeus Czuba, and wife, Helen of Carmel, IN.

A Memorial Service honoring the life of Dr. Czuba will be announced at a later time. In lieu of flowers, the family has requested you kindly remember Michael with memorials in his honor to the Rowan Museum, 202 North Main Street, Salisbury, NC 28144 or the Edith M. Clark History Room at the Rowan Public Library, 201 W. Fisher Street, Salisbury, NC 28144, both which were fond and special places that he and Sandra spent quite a bit of their spare time. Online condolences may be left for the family at www.linn-honeycutt.com. Linn-Honeycutt Funeral Home is honored to be serving the family of Dr. Czuba.