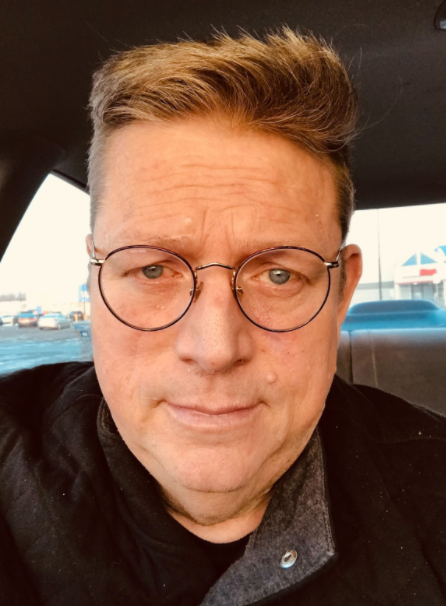 On February 4th Chi Delts got some good news. “Dear friends, two days ago I received a kidney transplant at OSU-Wexner Medical Center in Columbus, Ohio. Surgery went well…Thank you all so much for your prayers and support in this journey of mine. —Jack Emens ’83.”

We reached out to Jack to talk to him about his health journey, his long-awaited transplant, and how his time in the Delta Tau Delta house prepared him to persevere. Read on!

The Chi Delt: Can you give us a brief history of your journey—when did you know you needed a transplant?

Emens: In October 2015, I broke my ankle, was given the wrong post-op meds and went into a coma for 4 ½ weeks. The ankle got infected and I had nine surgeries over the next 3 years trying to save my leg. At the same time, I was receiving antibiotics through a port, and the medication damaged my kidneys beyond repair. Unfortunately, after they’d run the gamut with surgery, my leg ultimately had to be removed and I needed a kidney transplant.

It’s been a journey since then — there were a lot of hoops to jump through to be put on the transplant list, and a lot of time doing dialysis. I even rented a billboard in Marion to help get the word out.

On February 3rd, we got the call that we’d been matched with a kidney from a deceased female donor. I had the surgery on February 4, and it’s been healing really nicely. The kidney took a little while to “wake up” but now it’s at about 60% — about as good as it’s going to get. It’s a kidney meant for a smaller female body and it’s working overtime for my 6’5”, 300 lb. self.

The Chi Delt: How have you coped with everything that’s happened?

Emens: I’ve spent the last 5 ½ years in my house, essentially. There’s been nine surgeries, then an amputation. My wife had to quit her job to care for me. I’ve spent a lot of that time writing. The first published was “Boom! And Adversity,” because I fell and went “boom” and then I had to deal with all the fallout. The next book I wrote was called “Always More French Fries at the Bottom of the Bag,” and that’s been a metaphor for life. Bad things aren’t God’s purpose, but we can make them purposeful. God puts you in situations that you can’t control so he can be in control. It’s like he was saying, ‘Now that I got you, I want you to start writing these books.’ He had to get my attention, you know?

Really, through all of this, the biggest thing I’ve learned is that joy isn’t based on circumstance, it’s based on a relationship with Jesus Christ.

The Chi Delt: What’s next for you as you recover?

Emens: I’m taking my vitals twice a day and checking in with OSU-Wexner Medical Center. I haven’t had dialysis since February 16. At my last meeting, they said they didn’t need to see me for six weeks so my life is starting to return to normal.

The Chi Delt: Anything else you’d like to tell your Chi Delt brothers?

Kenyon was really a formative time for me. I was a guy who had floated through high school, on the swim team. I got to Kenyon and said, “I have to study now?” I was the Chi Delt president. I loved the fraternity, swimming and school. It was a wonderful experience. The lessons I learned in college stuck with me.  It was a hard time balancing swimming and the fraternity and schoolwork, but I did my best and it was very rewarding and made great memories. I learned how to multitask. Swimming is a challenging sport. The training is boring and hard work. Being in DTD was very rewarding and great memories. I had to multitask. My faith sustained me through the last five years, but a lot of my strength came from all of that training in the pool, and I was so glad to have that in my background.

After I graduated, I worked as a field secretary for DTD National. I traveled to 40 states and 26 chapters. And you know what? None of them could compare to our chapter. Ours wasn’t the biggest chapter, but it certainly wasn’t the smallest. We were such a close knit group of motivated people, and that was a really good mix for healthy living. We were really well rounded, and I think a lot of that had to do with Dr. Robert Burns, who was the engine behind the fraternity. He really helped us out. We got the Hugh Shields Award that was given to the top 10 chapters nationwide. We had a really good group.

Even if I’d never gotten that kidney, I feel that I’ve had a pretty great life. I’ve learned to be thankful in all circumstances, and embrace each day for what it is. Even in tough times, the Lord is good and faithful. I feel very blessed indeed!